Well, not me - but my husband seems to think he is!  Lol!
It's a running joke in our house.  We are very much into DC and Marvel Comics.  So of course we love all the movies they have made - even the not so good ones.  :-)
There was this episode of Big Bang Theory where Sheldon says he's Batman.  Here is the meme of the part of that episode. 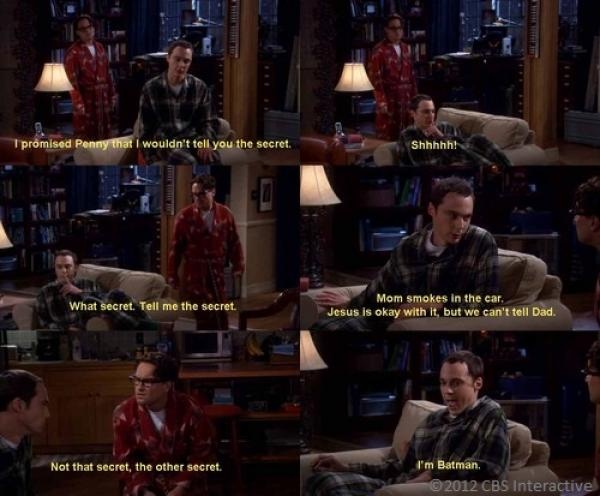 (Photo credit)
Ever since we saw that episode, it has been a running joke in our house and now it has poured into their Boy Scout Troop!  They even say it in the "deep" voice. Hahahaha!  I also made him a shirt that he took with him to Boy Scout camp as a leader.  I will share that on a different day.
I made this card for our 15th Anniversary!  He may not be the real Batman but he is MY Batman! :-) 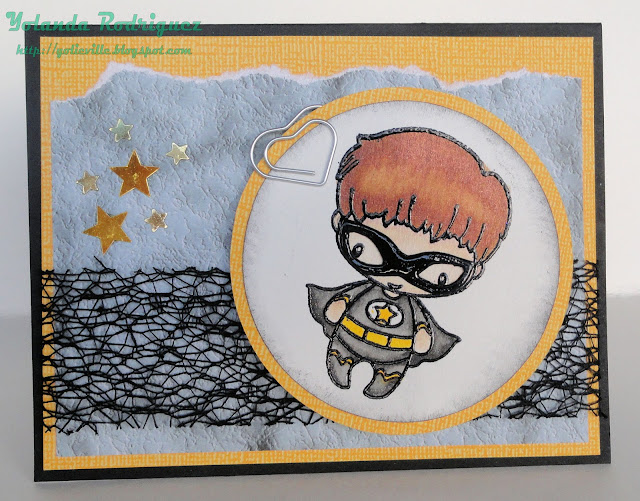 The stamp is from the The Greeting Farm Set Amazing Duo that I bought as Stamp and Create.  He is perfect colored up as Batman.  He is stamped on watercolor paper and colored with Twinkling H2Os.
Other card details:
Base: SU Basic Black
DP: yellow and gray paper from Joann's
Black Netting: Stamp and Create 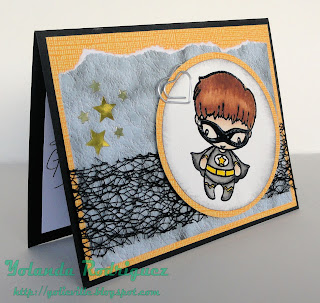 In the next pic, you can see his mask.  It's a separate stamp in the set.  I stamped it on black paper, cut it out, and added glaze to it. 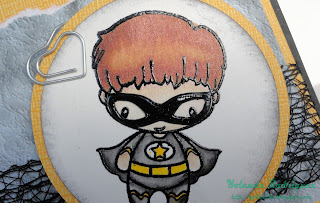 I know the heart clip is a little odd for a superhero card but it was for my hunny, so it was perfect.  Its a clip also from SU. 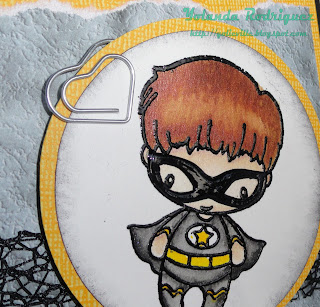 The star sequins are from Joann's.  They had a pack with different sizes and colors of stars. 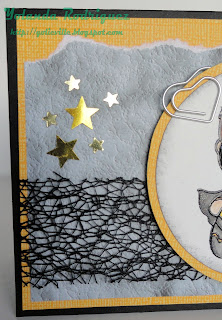 I am entering this card in the following challenges:
Yumi and Fumi Handmade: Card for any celebration (Anniversary)
The Crafter's Challenge: Anything Goes
The Squirrel and the Fox: Use something spooled (Netting)
Make it Monday: Anything Goes
Here Come the Boys: Anything Goes (For Men/Boys)
Simon Says Stamp Wednesday Challenge: Pin it (Heart clip)

Gracias for hanging out with me!  And remember - 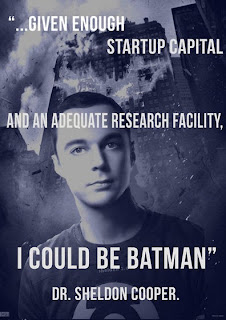 Thank you for leaving a comment! I truly appreciate it!

First of all thank you for taking the time to visit my blog.
I hope you find something that you like and can use on your craft projects. All of my photos and images are copyrighted by Yolanda Rodriguez and are not allowed to be reproduced without permission.
My wordart, SVGs and planner pages and stickers are for personal use ONLY.
If you post your crafts online using something I have created, please give credit to my blog: https://yolieville.blogspot.com
Also, if you use any of my templates, word art, or anything created by me, please leave me a comment with a link to your creation. I would love to check it out!
Thank you so much!

Blogs That Inspire Me

So proud to be a member of: